The Inserts were contained in matchboxes of the ‘springflap’ design that had become popular in the late 1880’s. These boxes are formed from folded card and have a lift-up lid which was spring-loaded by an ingeniously fitted rubber band. When closed, the lid was held shut by elastic pressure and when the lid was opened fully, the elastic pressure held the lid open.

The Inserts are believed to have been placed inside the lid from Series 1 in 1897, but after complaints from the public that the Inserts were hidden the Gremio decided to place them over the match compartment. The last Inserts were issued in 1910.

The main body of the matchbox is rectangular in shape measuring 59 mm x 42 mm x 14 mm. It has an opening in the top to allow the wax vesta matches to be removed. Striking strips for the matches are provided at each end of the box.

The boxes have three printed labels :

Side Panels and Bottom Label

The side panels and bottom label were printed together in a “strip” and stuck onto the matchbox. During the Gremio period (1892 – 1908) the side panels contained interesting information : 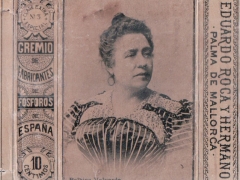 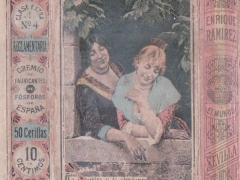 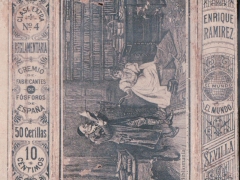 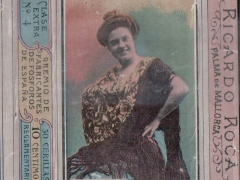 We know from official government documentation dated 1896 and 1897 that the Inserts were placed inside the Labor No. 3 boxes of type “Clase Extra Especial” and “Clase Extra Reglamentaria”. We also know that from 1900 onwards only Reglamentaria boxes were issued.

During the Gremio period the government realised that it could utilise the matchboxes to introduce educational themes at the same time as increasing profit. They designed labels that were artistic, with informative subjects that would be popular and collectable. The top label was printed as a single panel, the bottom label was printed in a “strip” together with the side panels. Some labels show the printer’s name (e.g. J Thomas, Barguño).

Four different types of images were used on these Gremio labels : women, scenes, buildings and men. There does not appear to be any correlation between the scenes depicted on the top and bottom labels and the scenes shown on the Inserts. 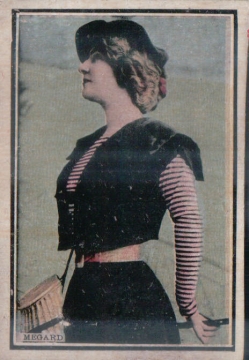 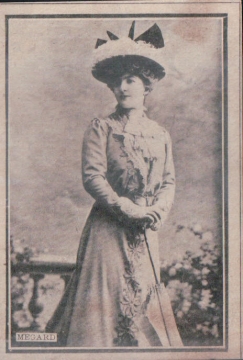 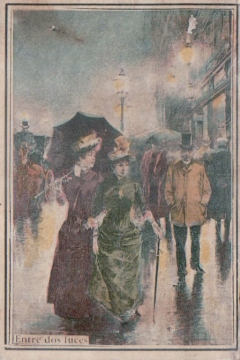 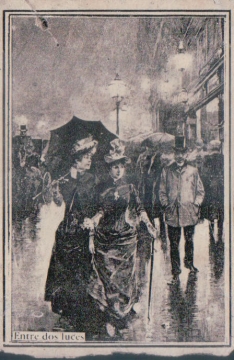 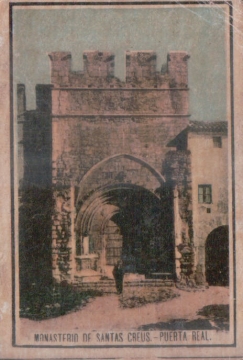 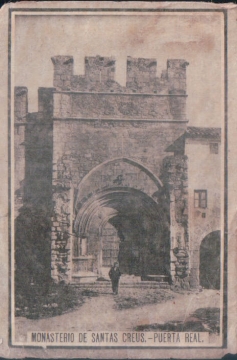 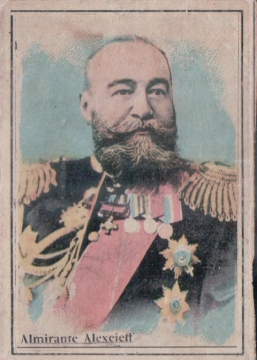 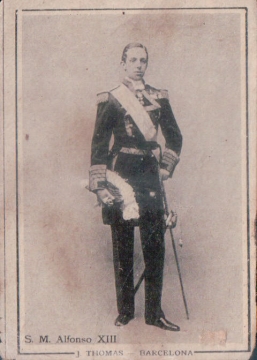 In 1892 the Gremio started using basic interior labels, but after a few years they decided to create some collectable series of labels, in an effort to make the matchboxes more attractive and thus generate increased revenues. Series of coins, flags, stamps, coats of arms and chains of honour were all used, as illustrated below. In 1908 the ownership changed to Hacienda Pública who reverted to a basic interior label which was placed on already-constructed Gremio boxes until that stock was used up. 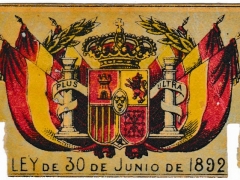 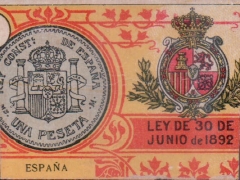 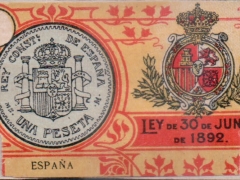 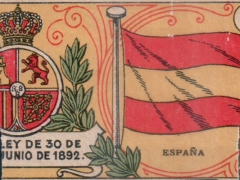 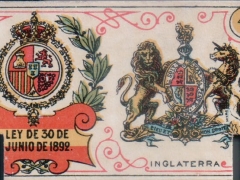 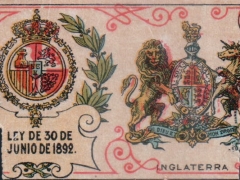 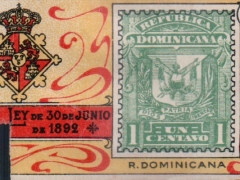 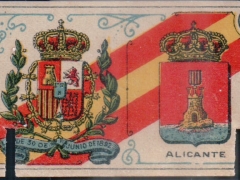 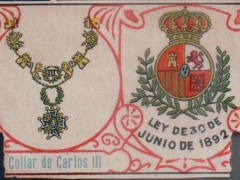 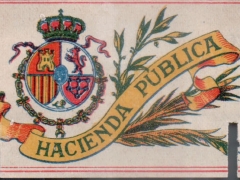 The springflap matchboxes contained wax vestas, which were a type of strike-anywhere match. The match stem was produced in long coils by pulling a number of strands of cotton though a bath of molten wax and though a sizing die, to control the diameter of the match stem and smooth the match stem surface. When dry they were cut to the length of the match and then one end was dipped in match composition.

These matches could be ignited on any rough surface, but the matchbox had striking material attached to each end of the box in the form of sand paper blocks. These were typically coloured red and yellow, in the pattern of the colours of the Spanish flag.

In 1908 the Gremio contract ended and Hacienda Pública took control of manufacture and sales of matchboxes. The last Inserts were issued in 1910.

Springflap boxes continued to be used up until 1936 (the start of the Spanish Civil War) but under Hacienda Pública the label designs became simpler.